5 Strategies For Getting the Most From Events 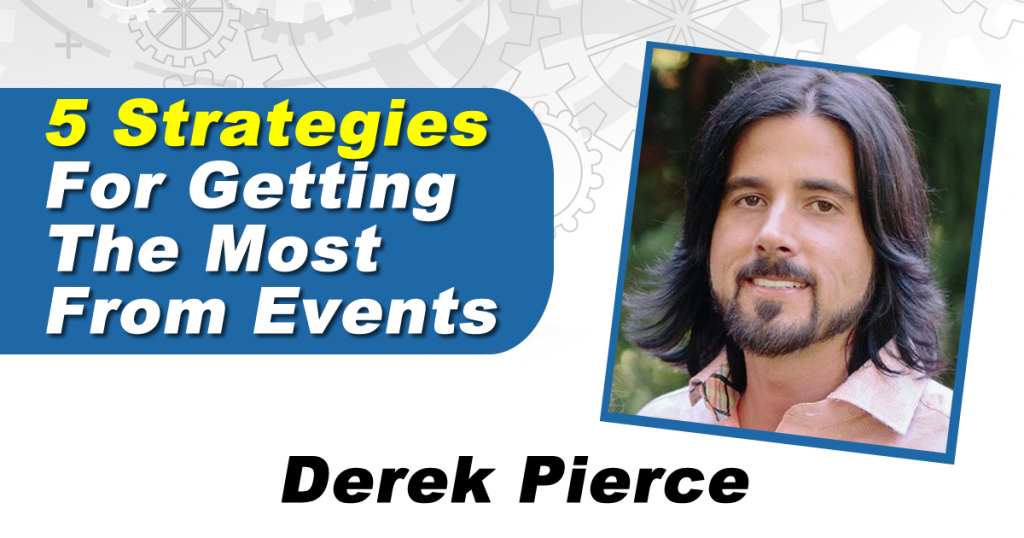 A couple of weeks ago I attended the Build Grow Scale event in Orlando and for every event I attend I’m reminded by how important networking has been for my business.

And I want to share some “Do's and Do Not's” for events in just a bit.

But first, I want to let you know that years ago, I was afraid to even pick up the phone much less go to an event and talk to complete strangers.

I’ll share more on that in a future post but I had a couple of guys that I was in a mastermind with that really pushed me into start going.

Sam Bell basically forced me into going to a JV VIP party for a launch.

And Anthony Aires was very instrumental into helping me get started selling my own stuff and introduced me at my first Warrior Event.

And for that I’m extremely grateful because without those nudges and pushes, I might not be here writing this as we speak.

Now – I go to a couple of events every year just for networking and connecting.

And the last couple of years of event- going, I’ve had some really strange encounters and that’s what’s motivated this blog post with some Do’s and Dont’s to get the most out of events.

Make sure your JV building helps promote you instead of making you look like a dick.

Here’s the back story…

This was the first Warrior Event that I’d went to in Orlando, Florida.

Everyone ended up at this club and there were 2 VIP rooms because there was a riff between two guys, so they basically had separate parties.

The only problem was that not everyone knew what was going on.

You had guys like me there that was out of the loop.

Once we’re there, I’m following whoever was in front of me to the VIP room.

There’s girls that have been hired for the VIP room, a hookah bar, and plenty of booze.

All of a sudden, a guy comes up and says – “You guys get the fuck out of here”

We all looked at each other somewhat confused because no one knew what the hell was going on.

You guys have got to go.

I’ll not name the people that was behind this because I’m sure at this point – it’s one of those ‘What was I thinking” deals.

So, what was suppose to be a JV building party with girls, drinks and a good time turned into right the opposite.

How much do you think this cost him?

Think about it now.

Several years later, you’ve got 4 super affiliates that could really bring some major traffic and heat to your product launch but you’ve pissed it away over something stupid.

The reason we were kicked out was supposedly because he didn’t know us and we weren’t affiliates.

And was afraid we were siding with the enemy.

Truth is we didn't know there was an enemy.

We moved on to VIP room # 2 to finish out the night.

All in all – it's one of those things that those that were kicked out of the VIP room laugh about now. 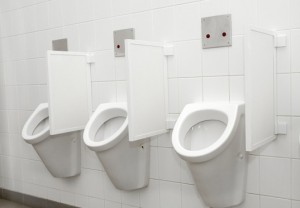 2. Never shake hands in the bathroom

I’ve just zipped up and making my way to the sink to wash my hands when some guy I’d never met before approached me all nervous like.

He was fumbling all over himself –

And reaches his hand out to shake mine.

I finish up and make it out of the bathroom.

But, not by first being totally weirded out.

Be cool.  And Relax.

And don’t put too much pressure on yourself to the point you can’t even function and most importantly – ‘Don’t shake hands in the bathroom.’ 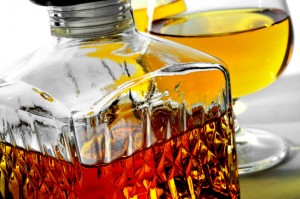 This is rather obvious.

But at every event I’ve attended, there’s the guy that doesn’t know his liquor limit.

And somehow makes a complete ass out of himself.

Realize these are your colleagues and partners.

Have fun but don’t get so sloppy that you’ll do something that can hurt you for years to come.

I’ve seen it happen on more than one occasion where guys end up almost going blow to blow.

First of all, all I drink is water.

You can still go to the bar and benefit if you’re a non-drinker like myself.

But here’s the deal.

You’ll learn so much more from hanging at the bar than you ever will listening to someone with a prepared speech from the stage at a seminar.

People loosen up after a few drinks.

It’s a more relaxed environment and are willing to share way more.

Not to mention, this is where REAL deals are made.

So, step out of your comfort zone, start connecting and making things happen.

5. Leave Your Ego at the Door

In the internet marketing space, many egos are out of control.

Many are more worried about their ego than what’s in the bank.

And you can’t let this happen.

I’ve seen multiple partnerships go awry because one felt they weren’t getting the recognition they deserved.

Just this past week – I was talking with someone and he introduced me as being “a brilliant mind, but the most down to earth, humbled guy…”

That’s not a mistake that he said that because that’s exactly how I am.

See, I’m not amused by who gets credit for what.

All that matters is what’s in the bank.

If I get credit for something – great.

If I’m responsible for doing something cool – I’ll tell you.

But I’m not so fragile that I don’t respect and love to see someone else succeed.

Don’t compare yourself too much.

Comparisons in my opinion are one of the biggest factors that cause people to fail.

They begin to think – “if I can’t do this or that like this person did, then I’m a screw up.”

If you find that you compare yourself to much, then become aware then shut it down.

You’re here for a reason and can bring something special to the table.

Even the most successful entrepreneurs face obstacles.

No one is exempt from problems.

It's all in how you deal with it.

In closing, if you've enjoyed this, then give this a share and signup for the What's Working Now.

I'm planning some Online Events of my own in the near future that you'll benefit from and the only way of being in the know is from signing up..

Also, if you've had a weird encounter at an event or having something you want to share, let me know in the comments (just don't name names).

Great share. Too funny – I have hung with you a million (well 😉 ) times and I never knew you didn’t drink. Goes to show you don’t need the alcohol to hang and fit in!!

Thanks! I’m wacky enough without the booze – couldn’t imagine what I’d be like with it. 🙂

Nice post Derek. I just came back from an event and everything you said is so true 🙂

Thanks for the comment. I really enjoy hanging at the events and just listening.

In addition to not shaking hands in the bathroom, I’m not a fan of someone shaking my hand when I’m eating, but I don’t make a big deal of it. If they extend, I’ll shake.

But you’re wondering the rest of your meal – where’s their hand been?

I’m a big fan of getting the most from events as well.

I recently wrote on this topic too, so we are on the same wavelength!

Hey Chris -Glad you liked it. BTW – it was great meeting you at BGS.